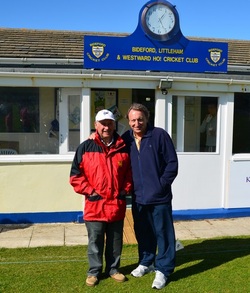 He was attending the Devon Schools final (U-12) Plymouth V Exeter where his son was representing Plymouth. Club chariman Kevin Fishleigh said, 'What a very friendly guy who had a lot of time for everyone.'