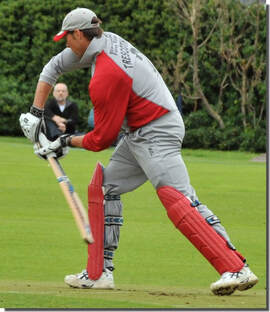 Marcus Trescothick defending against Ian Hayter's pace bowling!
Altogether we raised over £5000 in aid of the Children's Hospice in nearby Fremington.

Despite the weather and damp conditions, around 700 people were royally entertained during the twenty20 match by Marcus & his Somerset team... Not a bad turn out for a Monday night jolly in Westward Ho!

But don't forget the part the Bideford boys played in the night's entertainment too - falling only at the last hurdle to go down by a mere 13 runs - just 13 runs! It was a wonderful evening for the club and will go down as one of the best events in our history. 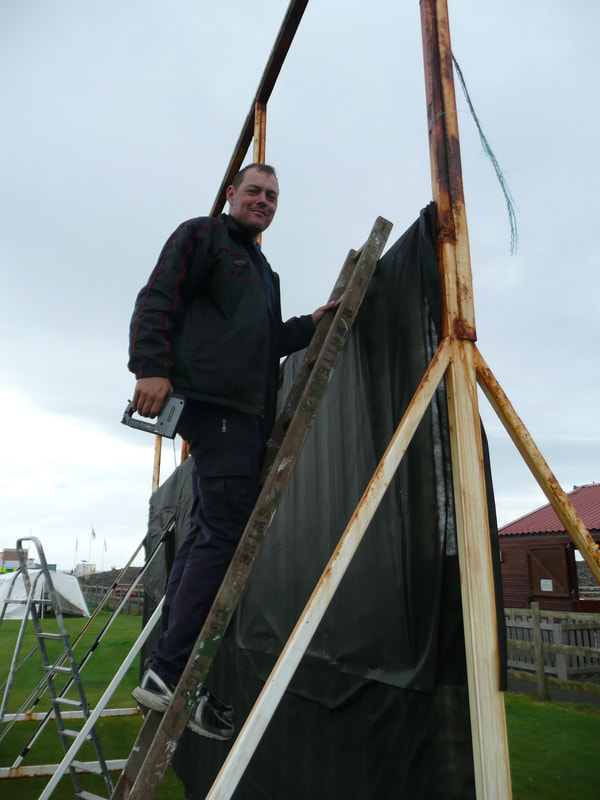 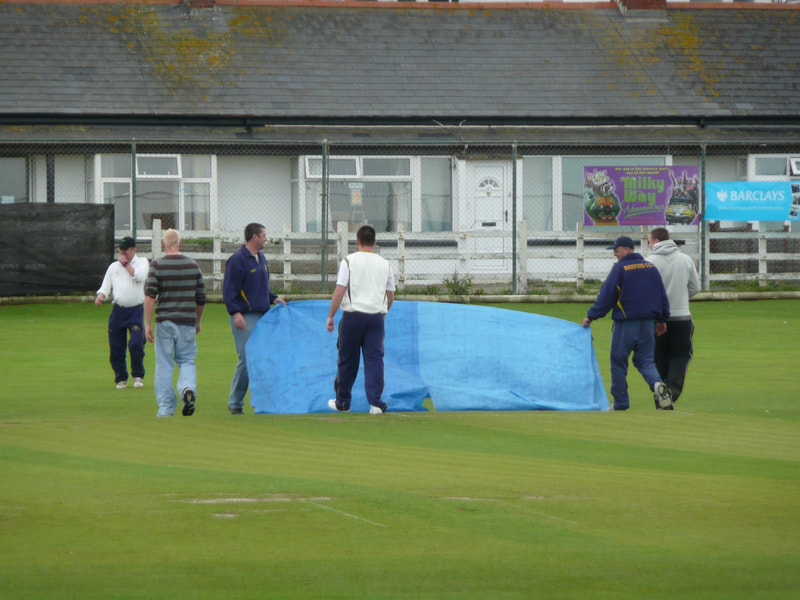 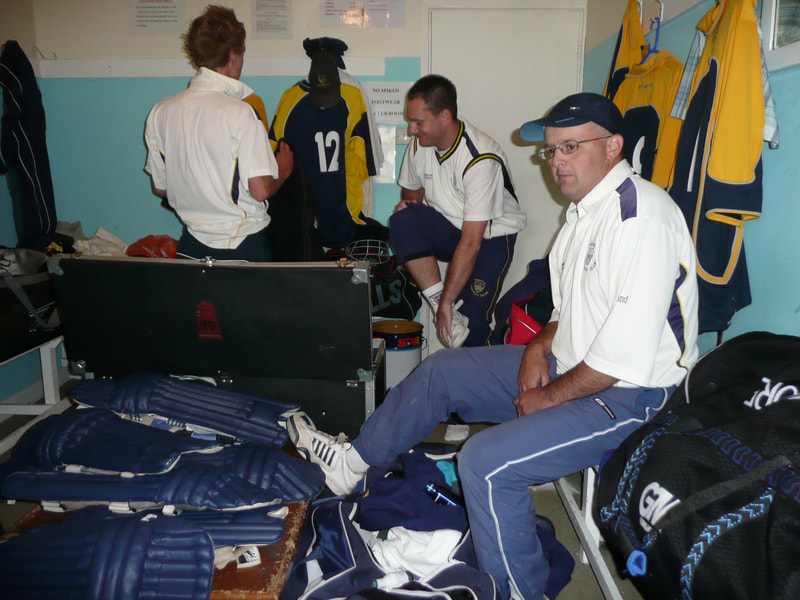 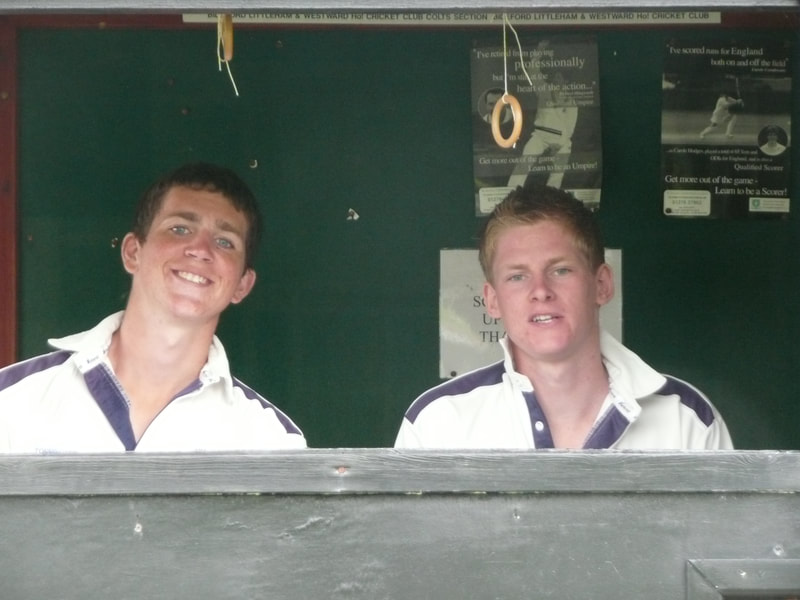 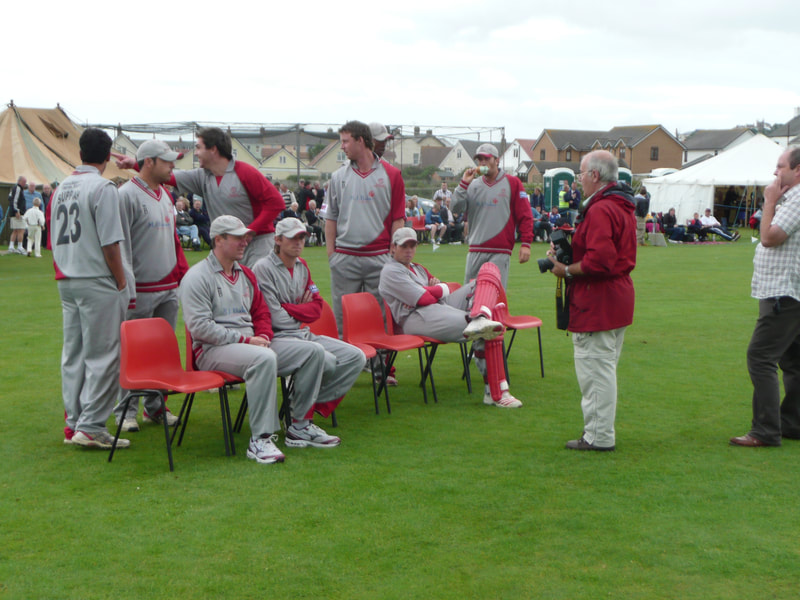 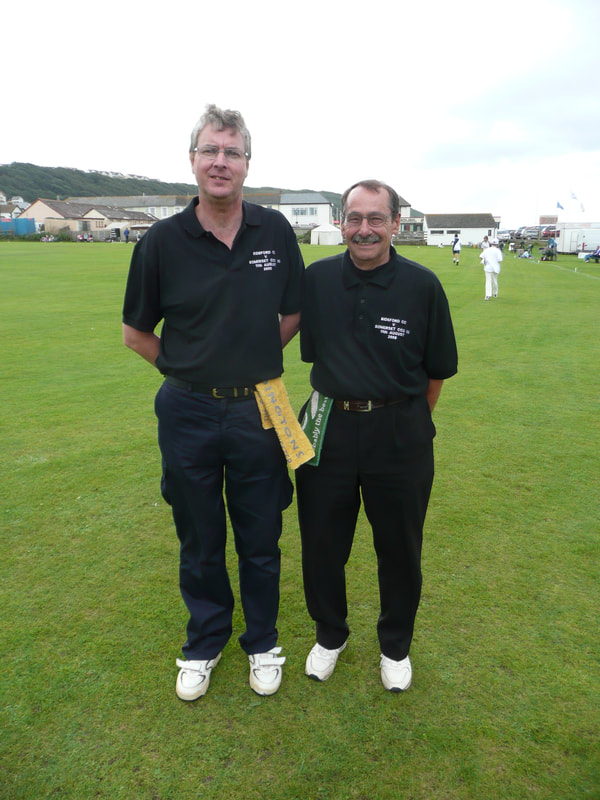 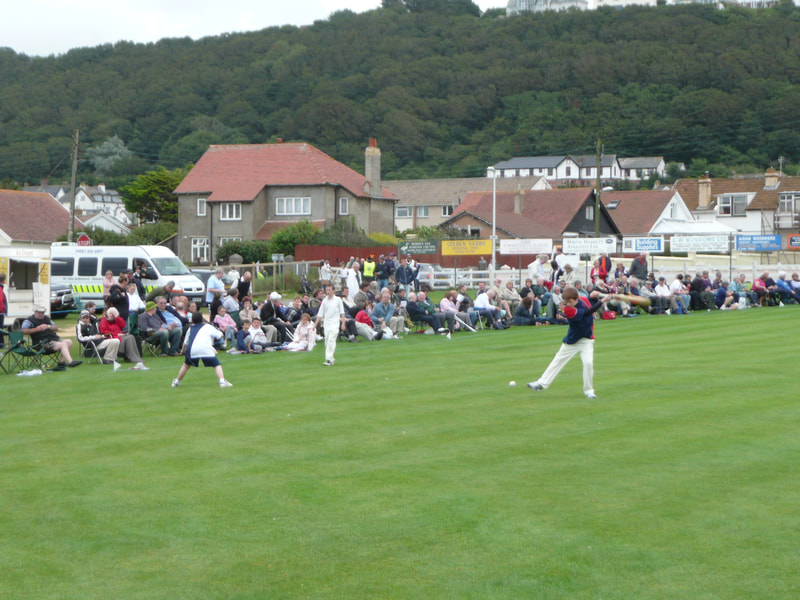 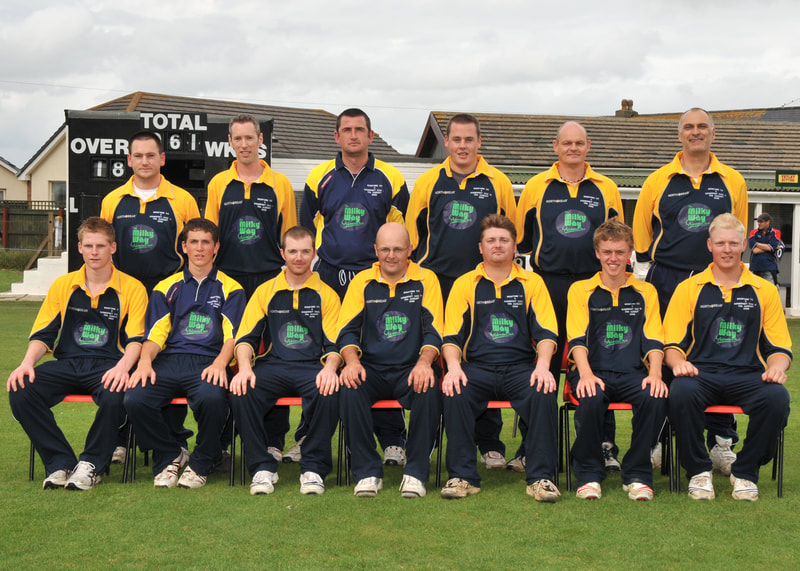 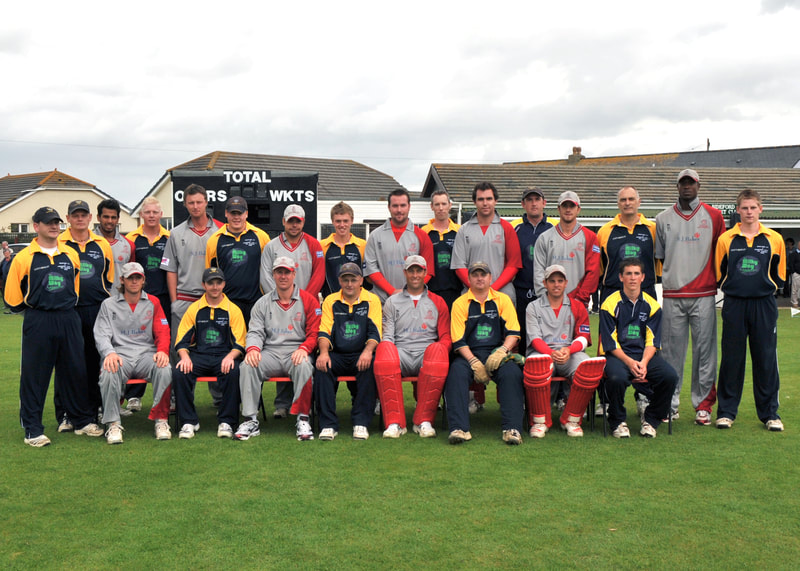 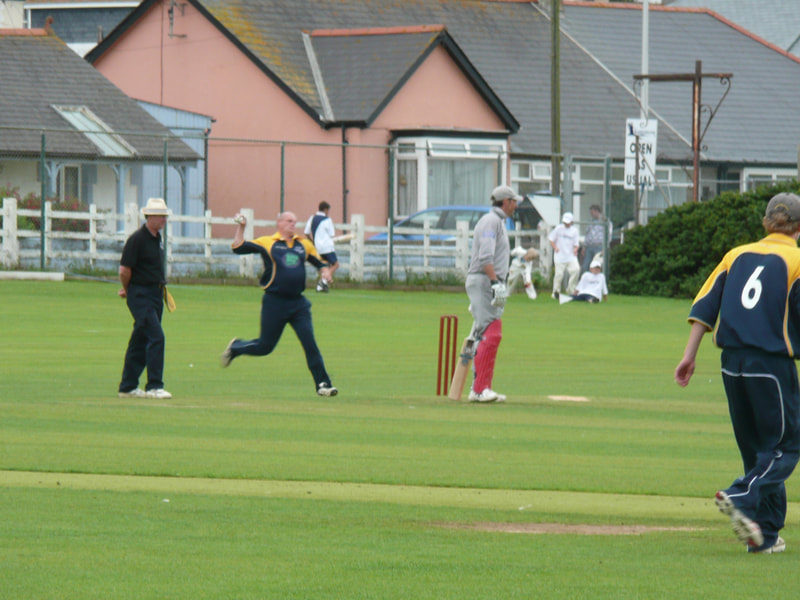 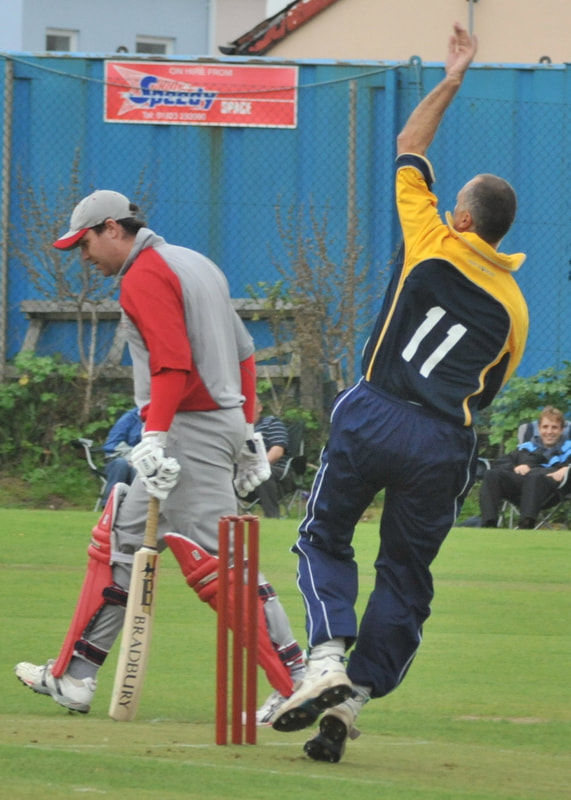 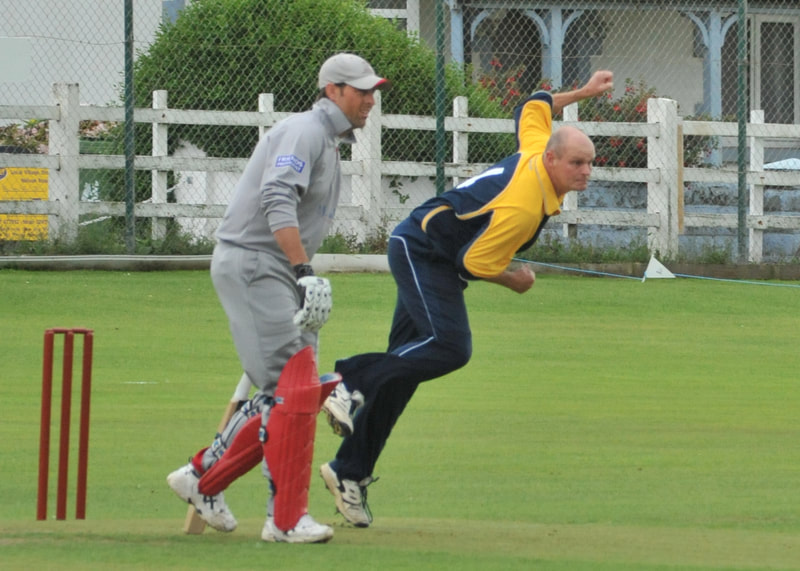 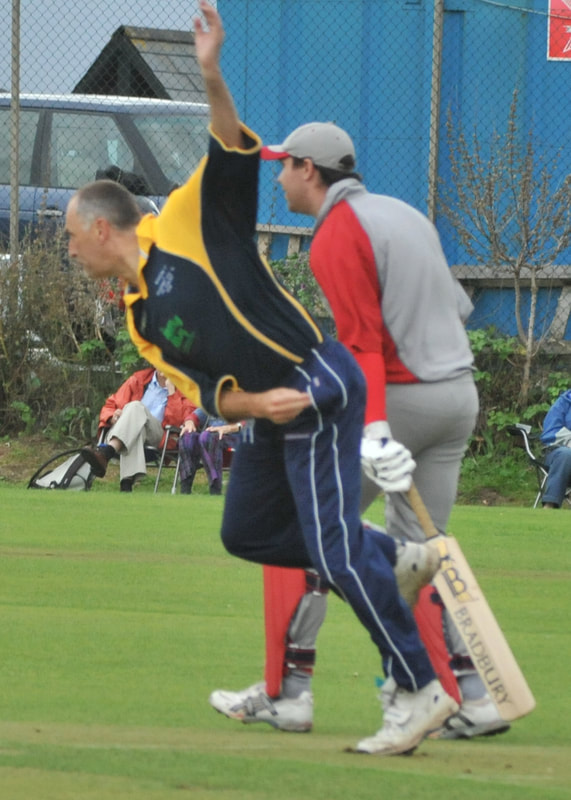 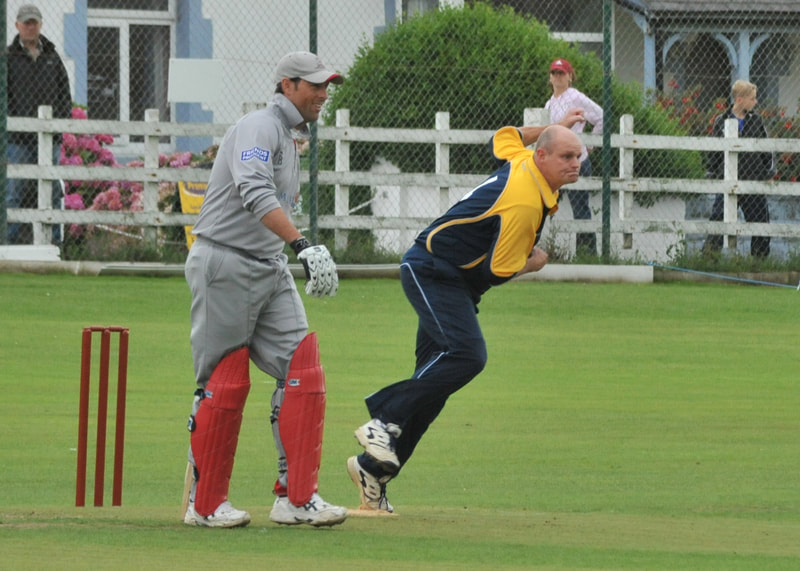 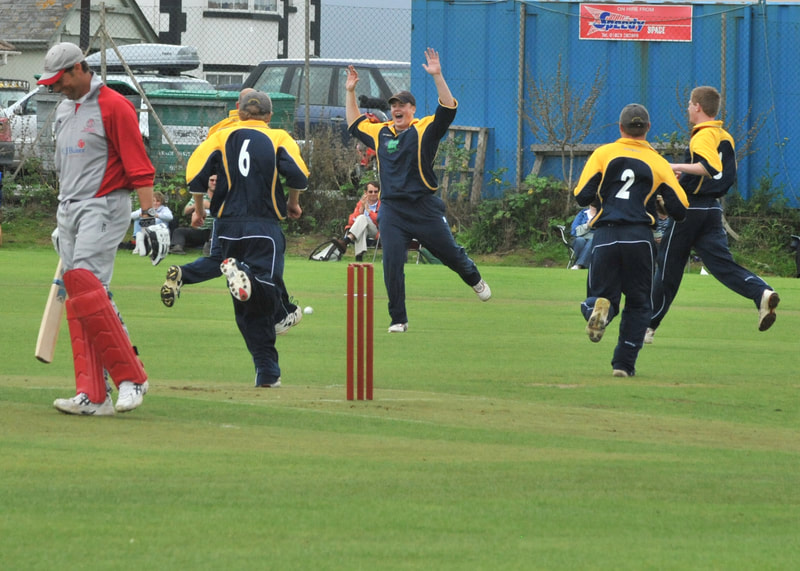 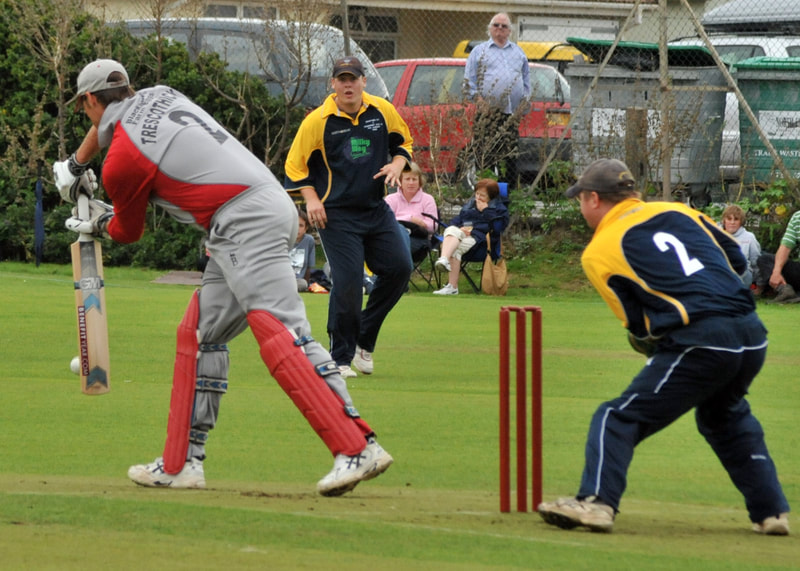 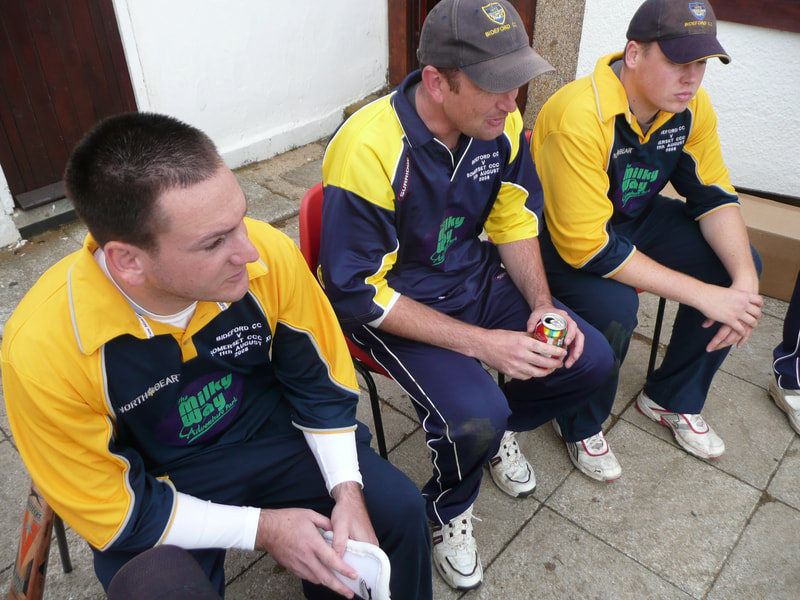 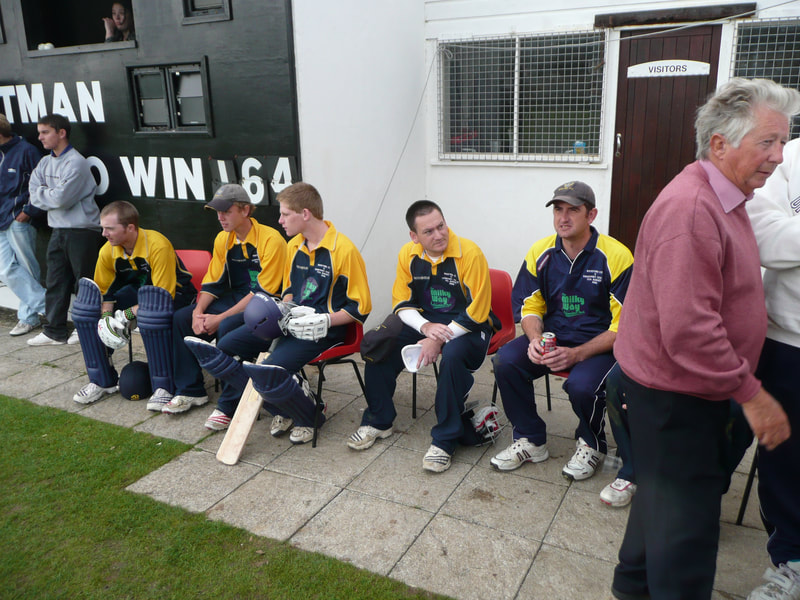 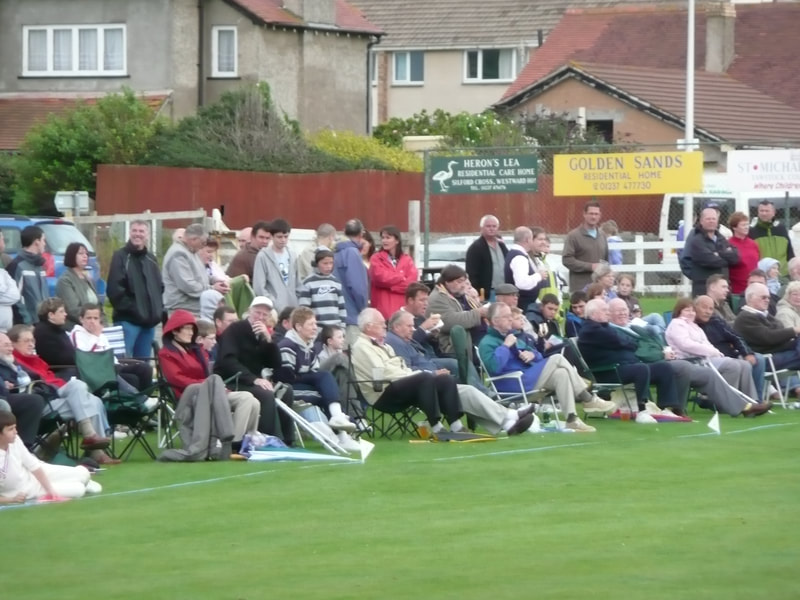 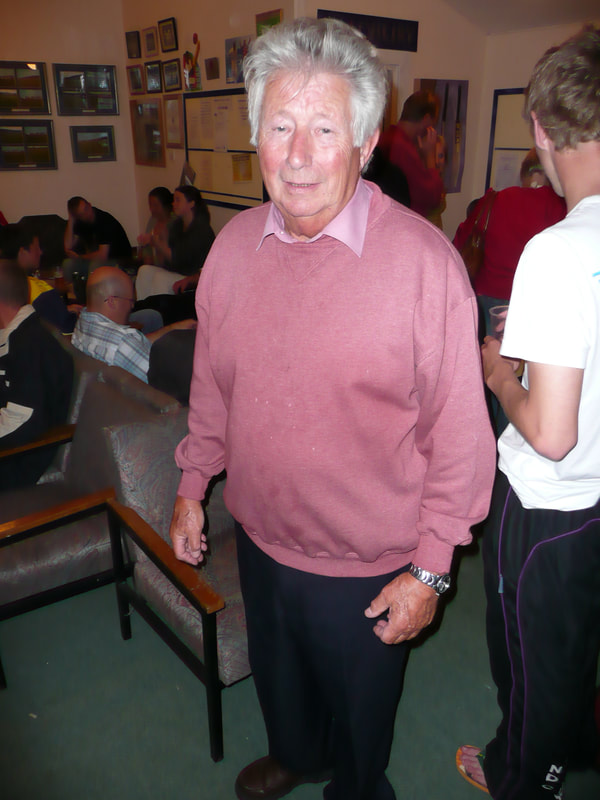